Original writing The Fall of the Fated Queen

This is the first of five novellas set in a space opera universe I've been working on since 2008. The Fall of the Fated Queen, like the other four in the series, takes place in the generation before the great interplanetary war that rests at the heart of the novel that I began work on back then. These will come out in serial form first and then an anthology book at the end of the year.

Though humanity may have ventured to other worlds, and the people still on Earth are consumed in a posthuman project, there is no escape from the tragedy of great power politics, the search for greatness, and the strong force of fate.

Here we meet our protagonist who finds himself at the crossroads of the three.

The story can be defined by this question:

What if an eccentric financier approaching middle age thought he could find the greatness he feels has eluded him by attempting to fight in a far-off war and confront a beautiful enemy leader?
Click to expand...

Meanwhile, If I had to put it in one paragraph, I would put it like this:

The Fall of the Fated Queen is about how a 38-year-old eccentric and dissatisfied financier, feeling insecure about his coming middle age, tries to find true greatness by leaving his life of security to fight in a war far from home, where he will need to overcome all temptations of comfort and the familiar in order confront a beautiful enemy leader on the battlefield, who he thinks may have the answer he seeks.
Click to expand...

The first two chapters are done and free. Chapter 1 is below:

The Woman Warrior, a World Away

War is imminent in the eastern hemisphere of Mars. Watching from far away in the great city of Sumgin in the southwest, a successful, but unsatisfied 38-year-old financier sees a beautiful commander leading the great bullies of the east. Might this contradiction give him a clue about the one thing that's always eluded him? Will she be able to show him what true greatness is?

The Chieftain and the King

We come face-to-face with the person our protagonist considered the great bully who spurred him to take action a world away. Was his perception accurate? Meanwhile, through her, we see that the crisis in Mars' eastern hemisphere has deepened, and the region is rapidly escalating toward war. However, her further part in the impasse is not guaranteed.

Chapter 3 is done and coming this weekend. I'm working on chapter 4 now. There will be 15 chapters in the serial. 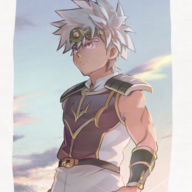 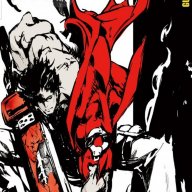 Sounds cool ngl. I'll check it out but uh what if that guy who spun your protagonist into action who was considered a bully was someone he looked up to no matter what he did to him

. Sounds like Mha good writing to me amirite guyz

Chapter 3 is now out.

Mr. Moneybags
Our dissatisfied 38-year-old Martian financier finally arrives at his destination, half a world away from his home, ready to battle the great power of the Martian Eastern Hemisphere and its beautiful bully of a general. Unfortunately, he finds that the people he wanted to help have far different opinions about how he should assist their war effort than he does, so he has to cut a last-minute bargain with them.
Will this consign his effort to be a great man to a short-lived and unhappy ending?
Click to expand...

This is the first paid chapter, which is accessible via the "Hero tier" at the link. The first two are free.

A little late, but chapter 4 is here!

The Rally at Selusid Square
As the northern league raises an army whose advance forces bear down on the Martian city of Mount Tyrrhena, its people are gloomy. To raise their morale, the great chieftain and heir presumptive of the Hellasite Domain, the great power in the Martian eastern hemisphere, addresses her allies. Is she what Adrian Wycart believes she is - a bully?
Click to expand...

New chapter is out.

The Death Robot
Our protagonist tries to get the reinforcements he promised his detractors in order for them to let him fight in the coming conflict. There's only one problem - the deal he makes means he will need to solve the pirate problem in the area - without any troops of his own.
Click to expand...

We're now 1/3 done. I aim to have it finished by Memorial Day. The war actually breaks out in the next chapter.
Last edited: Apr 2, 2022

I'd look at the other chapters if money wasn't somewhat tight at the moment.

Chapter 6 is up. Longer than I wanted to take it, but it's the most complicated and best in the book so far.

The Bloom of War
War breaks out in the eastern hemisphere of Mars. No one knows how it started. The only certain thing is that the enemy is far better-prepared than anticipated. How will the great "bully" on the other side respond to this sudden, violent attack?
Click to expand...

Wow, this was delayed far beyond what I wanted it to be, but chapter 7 is out, and we're now essentially at the halfway mark in this story. Here it is:

The Door
Behind the door in front of him lies the world he wants to create. But can this wannabe hero make that world happen, or will he only walk through it into a den of pain? Find out at the half point in "The Fall of the Fated Queen!"
Click to expand...

The Aborted Truce
After the outbreak of hostilities near Mount Tyrrhena in Mars' eastern hemisphere, the belligerent parties meet on neutral ground to discuss a possible truce, but pride and short-sightedness threaten the last chance at peace.
Click to expand...

We're now past the halfway point.

The latest chapter is out. We're in the home stretch for this one now.

Who Shall See the Dance?

As the last chance for peace in the eastern hemisphere of Mars breaks down, the powerful Hellasite civilization and its ally move their troops north, poised to strike. With his promise to tame the pirate gangs fulfilled, our protagonist races back to conclude his deal with some of the best mercenaries on Mars, but will they all get to the front in time, and will he even be allowed to take part in the climax of the quest he began under such unlikely circumstances?
Click to expand...

Chapter 10 is out. We're really nearing the climax now.

Only a Few Things

Adrian Wycart, the eccentric financier who never got into a fight, has somehow made his way to the battlefield at last, hoping to confront the enemy leader he journeyed halfway around Mars to see. But how will he even get close to her when his own captain orders him to stay far behind the line? And will their plan even work?
Click to expand...

See Me!
Adrian Wycart, an eccentric financier with a mid-life crisis, finally meets the warrior woman he traveled halfway around Mars and risked his life to see. But will he get the validation he wants out of this encounter? The results are not promising.
Click to expand...